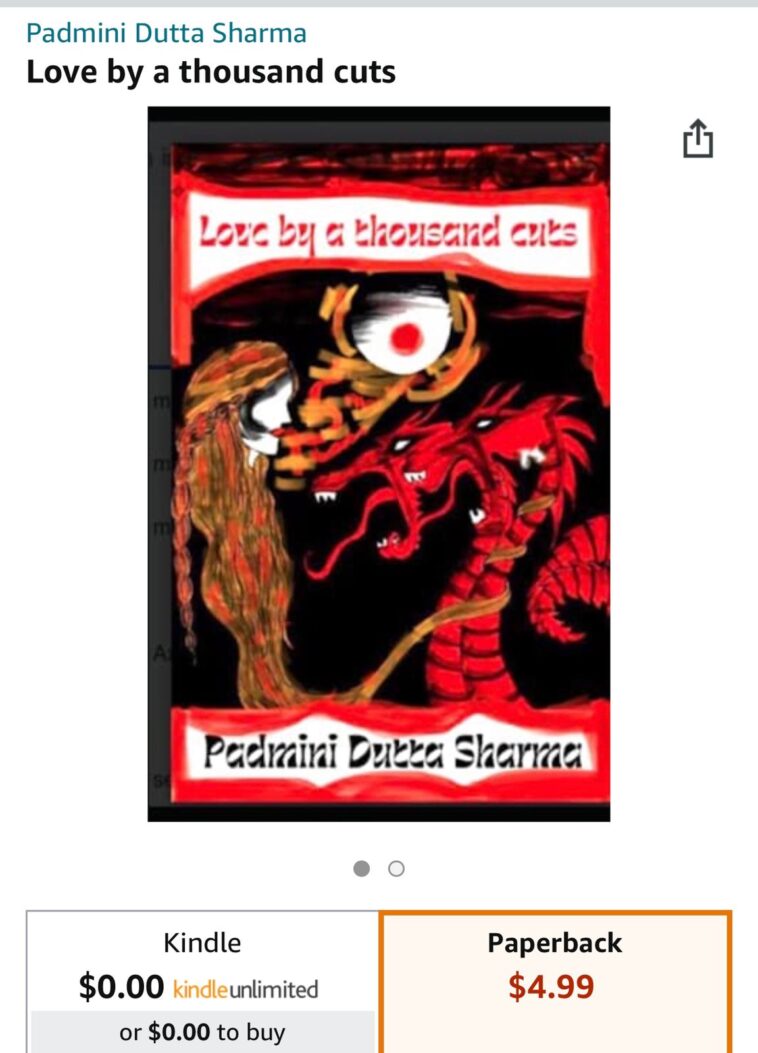 Padmini Dutta Sharma’s ‘Love by a thousand cuts’ is a fiercely objective collection of short stories and poems angling various dimensions of love. ‘Nostalgia’ is about a woman that eternally waits near the phone for her lover till they unite after a lot of upheavals and trauma, but we know not if that was love, dependability, empathy, companionship or merely a social agreement. Love is rarely kind and barely dependable or why would the ‘Beduin’ go missing suddenly?

According to Padmini, Love mostly acts as a temporary sedative, to resurface in all its splendor after a while when things apparently seem a bit settled apparently. ‘Love by a thousand cuts’ is a magnificently mordant work, with hypnotic nihilistic depictions of people trapped in strange, lonely, dystopian situations, surrounded by unforgiving vicissitudes . According to Padmini Dutta Sharma, love does not heal, transcend or emancipate the lovers from the horrors they face during their overtly passionate phase; rather, it evokes unbearable memories and despicable moments of relentless pain after the lovers part ways. The blind belief that love forgives, is simply a myth that has been created to help the lovers to move on, from the shackles of blinded fettered love. Love happens only after a thousand cuts and profuse bleeding, to stay momentarily like a butterfly for creating an artificial euphoria filled with dopamine and adrenal rush, and then there is the inevitable nose drive, a downward plunge from the hill top into the dead pan of hysteria – the lethal trap from where there is no escape.

Stories and poems in ‘Love by a thousand cuts’ has a lot of drama and suspense complemented by high voltage romance; the ingenious connections between startlingly unrelated subjects make the book absolutely astounding. Padmini ‘s book is a complete departure from the run of the mill types; every piece is intense and holds a lot of grey in them. 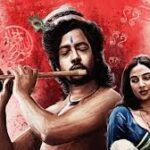 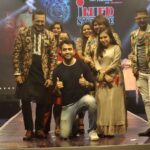