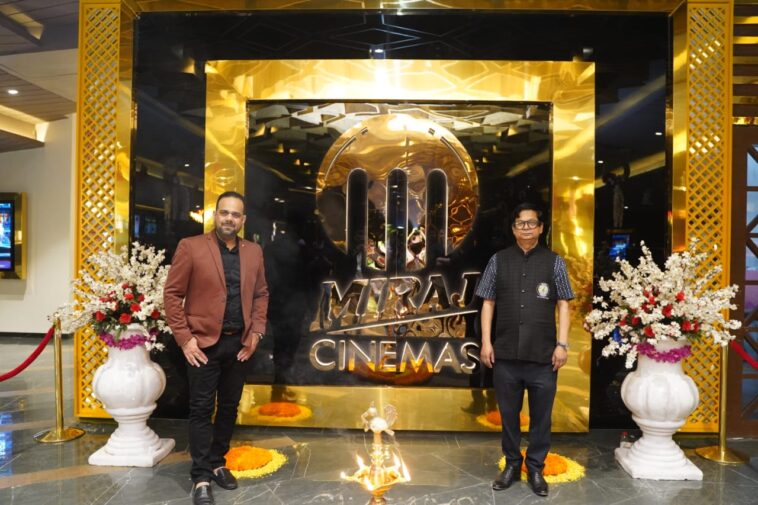 Miraj Cinemas, one of India’s largest cinema chains, opened their first property in the city of joy, Kolkata. The plush multiplex located in Terminus Building of Newtown exuded a cordial welcome to all cinephiles, becoming the most talked about cinema property in town. This becomes the second property of Miraj in West Bengal, after Miraj Cinemas in Howrah.

The swanky multiplex consists of five Audis with overall seating capacity for 1078 audiences at the same time. The theatre boasts of state-of-the-art, Dolby digital sound system and 3D Projection System enabled in all screens with projectors from Barco, a first of its kind spotted in the area. Adding to this brilliant cinematic experience are the comfortable recliner seats in every Audi, the state-of-the-art stylish lobby of 10000 sq ft. welcoming every guest with warmth.

However, the star attractions of the place would be the Chef’s Corner that houses a live kitchen setup ready to roll out pizzas, burgers, sandwiches on audience demand and a large Kid’s Play area where parents would be able to leave behind their toddlers amidst colourful toys and under the supervision of experienced nannies, as they enjoy a peaceful movie .The multiplex starts its journey with Rajkumar Rao & Jahnvi Kapoor starrer Bollywood film Roohi, and will be soon housing other Hollywood and regional cinema. 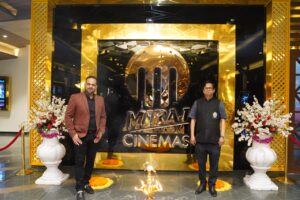 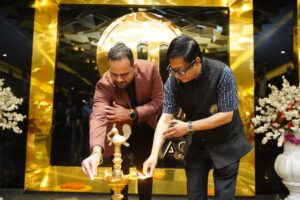 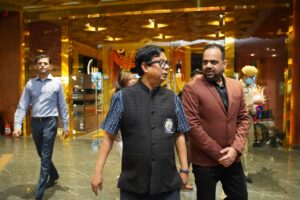 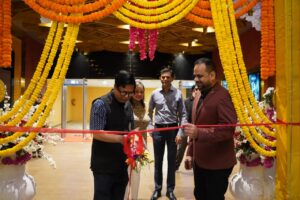 Talking about this significant enterprise, Amit Sharma, MD, Miraj Cinemas said, “Miraj Cinemas has always aimed at catering to the needs of the Indian audience and our new and first property in Kolkata would be no less. Post lockdown, as the government has now permitted 100% capacity in all theatres, we are hoping to see a great footfall from people of Kolkata. With all the amenities that we are offering, the property in Newtown will be a one-stop destination for the family audience”.

Bhuvanesh Mendiratta, Vice President P&L, Miraj Cinemas who was present to launch the property said “At a time when top multiplex players had put a pause on or slowed down their screen expansion plans across the country, Miraj Cinemas defied reason by moving into expansion mode and launching an array of new properties. After the lockdown, Miraj happens to be the first cinema chain to open all across the country and I really feel delighted to be in Kolkata to launch the cinema today.”

Miraj Cinemas at present becomes the fifth largest multiplex operator in India with 147 screens, 51 multiplexes in 37 cities and 14 states across the country. 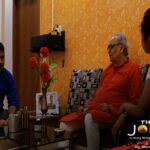