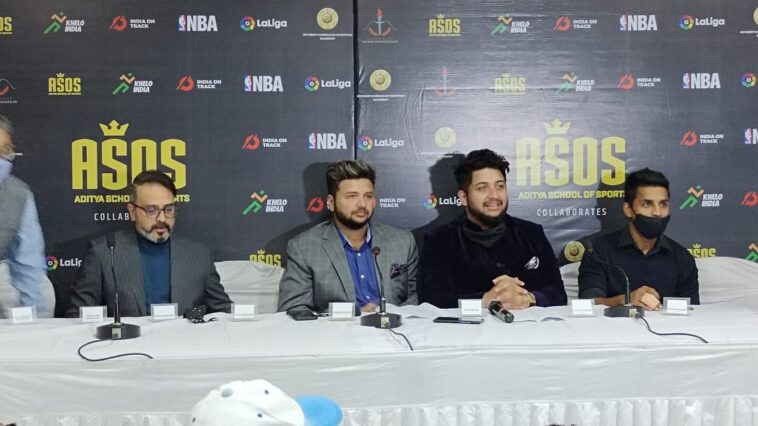 Aditya School of Sports announces its multi-sports Academies ASOS Sports Arena, Barasat, by way of
strategic tie ups with India On Track – who operate LaLiga Football Schools for Football and NBA
Basketball School, Joydeep Karmakar Shooting Academy for Shooting and Dola &amp; Rahul Banerjee Sports
Foundation for Archery. It is also proud to announce its selection for the Khelo India Football Project, the
only one in Eastern India. It is in line with their EduSports concept to promote sports along with
education in the sprawling 30 acre pollution-free campus at Barasat, which also has a CBSE affiliated
CoEd School and BCCI approved Cricket Stadium. 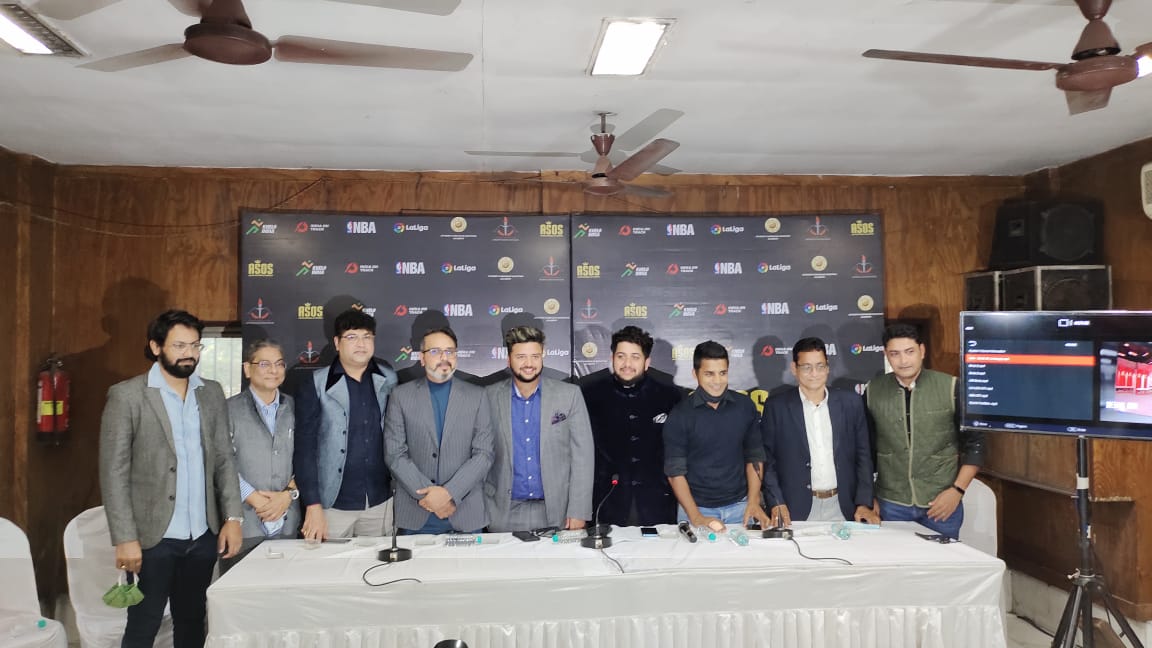 The official announcement was made by Anirban Aditya, Chairman of Aditya Group, along with Ankit
Aditya, Vice Chairman of Aditya, in a star-studded press conference comprising of former Indian Football
captain Debjit Ghosh, Mohun Bagan’s former Brazilian captain Jose Ramirez Barreto, former Olympian
Joydeep Karmakar, Commonwealth Games silver medallist Mehuli Ghosh, former Indian Footballer
Mehtab Hussain, and Sourav Ghosh, an accomplished actor and ardent sports follower.
Also present on the occasion were Dr. Rajindra Pathania, Project Officer (Teams) Sports Authority of
India, Chandan Roy Chowdhury, Vice President, Bengal Olympic Association, Joydeep Mukherjee,
Secretary Indian Football Association, Goutam Ganguly, Secretary West Bengall Basketball Association,
Ranjan Chowdhury former TD &amp; Head Coach of Tata Football Academy and Project Head of East Bengal Club, Ravi Boparai, Head of School Sports &amp; Special Projects – India On Track, Rahul Banerjee, Indian
Olympic Archer, Deep Dasgupta, Former Indian Cricketer and Ashok Basu, President of West Bengal Equestrian Association.
This is a very significant step for Aditya School of Sports which is committed to the grassroot
development of sports in this part of the country. It is reinforcing its belief in the concept of EduSports wherein emphasis is laid on the overall development of a student and not only on academics, and also
prepares them to pursue sporting activities professionally. Aditya Group has been also associated with
ATK Mohun Bagan and their grassroot academy for almost the last five years.
With our partnerships with India On Track (to operate LaLiga Football Schools and NBA Basketball
School), JKSA, Dola &amp; Rahul Banerjee and Khelo India, aspiring kids will get the priceless opportunity to learn their game of choice from the best in the business. In addition to having access to the best of facilities within their sports training, students also continue with academics whilst staying in their hostels on the campus.
Speaking on the occasion, Anirban Aditya mentioned, “This is going to be huge for the grassroot
development of sports in Bengal. We shall leave no stone unturned to work closely with such great
names to produce champions of tomorrow who can represent India and make the nation proud. We are excited and very sure that these facilities will be exploited by students to live their dreams. While we are fulfilling our promise to bring the best facilities to them, it is for them to make the most of it now. I am confident that we will produce champions from these academies.”
The Khelo India project on the same campus will also help aspiring footballers from across the country,
namely Eastern India, to become part of the Government of India’s vision to participate in tournaments like the Olympics and the FIFA World Cup. 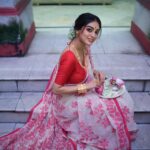 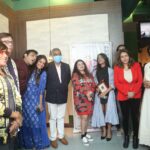