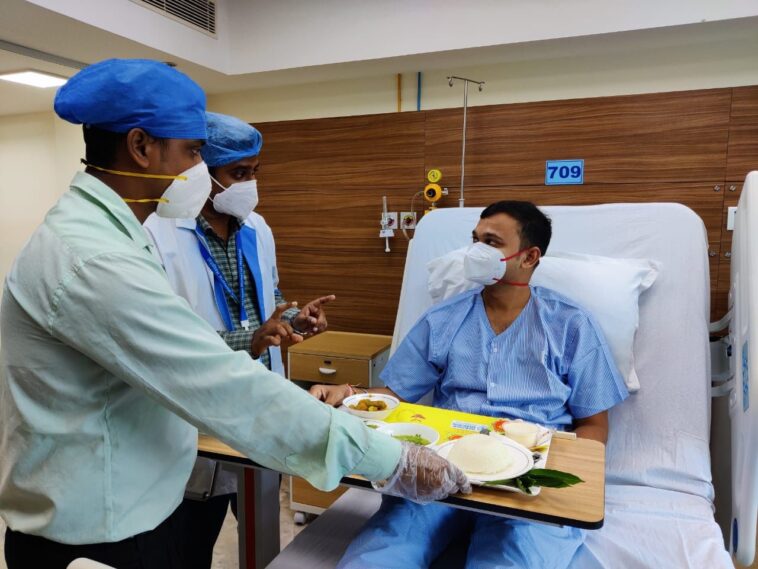 It’s that time of the year, when a Bengali soul craves for traditional Bengali food items to soak-in the biggest festival for the Bengalis. However, given the bouts of current covid
scenario, Dengue and other illnesses, it would not be possible for everyone to get the best of the biggest festival, Narayan Memorial Hospital, Behala, today, announced the introduction of festival fervor in its hospital premises for the upkeep of good mood of the patients and employees.

Narayan Memorial Hospital is all set to introduce for the first time traditional puja thali to all the
patients depending on their current health conditions. A hospital based dietitian team is working out on individual food charts pertaining to Normal Diet, Diabetic Diet, Semi Soft Diet, Liquid Diet and many more to be cleared by Hospital authorities in consultation with the doctors. That is not enough, a special corner is created for special puja, aarti, pushpanjali and shantir jol. Visiting Purohit will be visiting all beds to
pass on blessings and pray for the unwell. 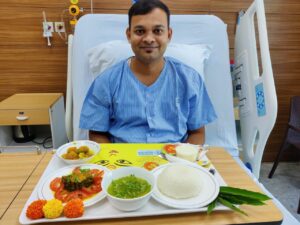 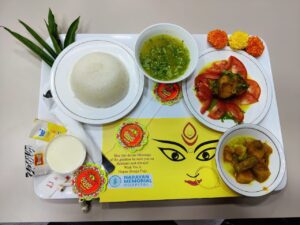 Puja food during all the four days of the festival will comprise of elaborate customized menu comprising of
Bengali delicacies including some of the top Bengali delicacies like Moog daal, Patol Dorma, Paneer
Pasinda, Bhetki fish Kalia, Chicken Butter Masala, Navaratna Korma, Khichuri, Labra, Roasted
papad and chutney to name a few (Menu list enclosed). All will be prepared under the scrutiny of a team
of chefs, who will be monitoring the health requirement of the patients with the help of the hospital
authorities. Food will be specially customized for each patient only after close scrutiny and clearance by the
expert dieticians and doctors. They will give clearance to the hospital authorities to proceed with the food
relaxation.

Speaking on the occasion Ms. Suparna Sengupta, CEO, Narayan Memorial Hospital said “Subho
Sharadiya! Durga puja is the biggest festival among Bengalis or as a matter of fact for anybody who grew
up in Kolkata. From the day of Mahalaya, every Bengali starts feeling exuberant and cheerful with lots of
nostalgia. However, with the ensuing pandemic, it will not be same for many. Keeping in mind the difficult
times we have decided to come up with a new idea for Plating Patient food keeping in mind their diet as prescribed by their respective consultants. We will be introducing an array of customized Bengali
traditional, Chinese, Continental food items cooked with less oil, spices, boiled and blanched to pamper the taste buds of our patients during the four days of the festival. However, as always, patients health will always be the top priority but we felt that we should do something for the patients to make them feel better and good about life too, as all of us have underwent several losses and sufferings for the last one and half years.” She further added, “We had decided this last year also but could not implement as the situation was
more critical that time.”

Sharing his experience, Chef Anindya Roy said, “I feel happy to be a part of someone’s happiness during
this Puja festival. We all know how much Durga puja means to everyone and we cannot think about this
festival without devouring traditional food items of yester years. I have received a go-ahead and brief from
the hospital management to introduce different kinds of cuisine as a part of the menu. However, it will be
under the controlled supervision of the doctors, who will be sharing the food charts in consultation with the
dieticians and a healthier way of cooking will be adopted. It’s a great and thoughtful initiative by the
hospital.”

Hemant Routh, Dietician said, “There are numerous factors that go into providing the correct nutrition
formula for each patient after considering the effects of their medications and illness. I feel highly obliged
to deliver the best of my services to bring in happiness in parched souls during these four days of the
festival.” 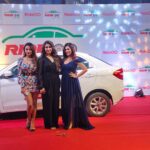 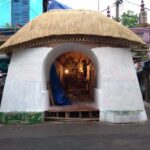