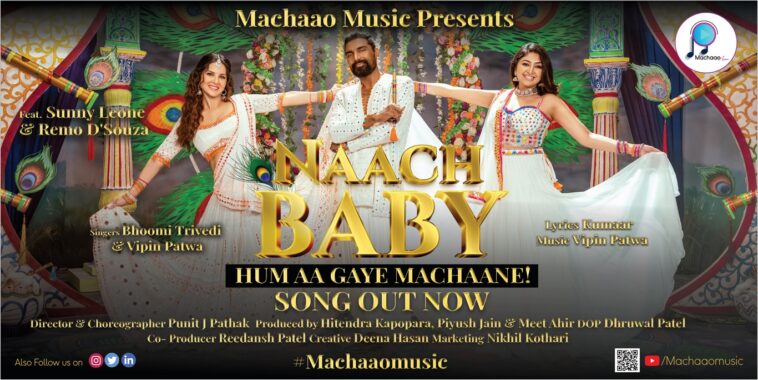 Fans had been waiting for the song ever since the news emerged that Sunny and Remo were teaming up together for the first time ever for an out-and-out garba song, sung by Bhoomi Trivedi and Vipin Patwa. And now that the song is finally out, we can say it has exceeded all our expectations and stands out from all the garba songs that we have seen over the years.

Yes, Naach baby is a Garba track, and it’s an amazing song. I love it. I said, “yes,” because my Rakhi brother, Hitendra Kapopara, had asked me to be in the song and it was fun shaking a leg with Remo, said Sunny Leone.

While, Piyush Jain who has envisioned Machaao Music and is also the producer of Naach baby says, Sunny for us is family, I have been working with her and Daniel closely over the years. To cast her was as exciting as choosing the song or finalising the sets. She is the most beautiful actor there is and her performance in the song has come out legendary. Hitendra approached her for the part and she agreed to do it for free, which I think rarely happens in showbiz.

Meet Ahir, the producer and co-founder of Machaao music adds, Sunny Leone is as bright as the name sounds. Her presence on the set, dedication on the rehearsals. Working through all the stress, she found time for us and especially Hitendra, being her Rakhi brother. I am highly excited to see what the world feels when they see the music video. I can only be grateful to her.

Mounted on a lavish scale, Naach Baby features Sunny Leone in a never-seen-before traditional avatar. The actress looks drop-dead gorgeous in a fuchsia lehenga as she grooves to the foot-tapping beats of the song. Remo D’Souza, on the other hand, rocks an ivory outfit as he matches steps with the Ek Paheli Leela star. Dozens of dancers, splashing colours and a magnificent set make it look even more pleasing to the eyes. Needless to say, it is the song we all needed this festive season.

Produced by Hitendra Kapopara, Piyush Jain, and Meet Ahir, Naach Baby is a Machaao Music presentation. The song has been composed by Vipin Patwa with lyrics penned down by noted lyricist Kumaar. Punit J Pathak has directed the song. 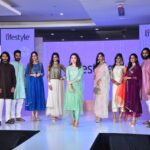 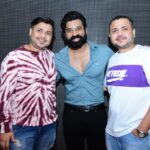