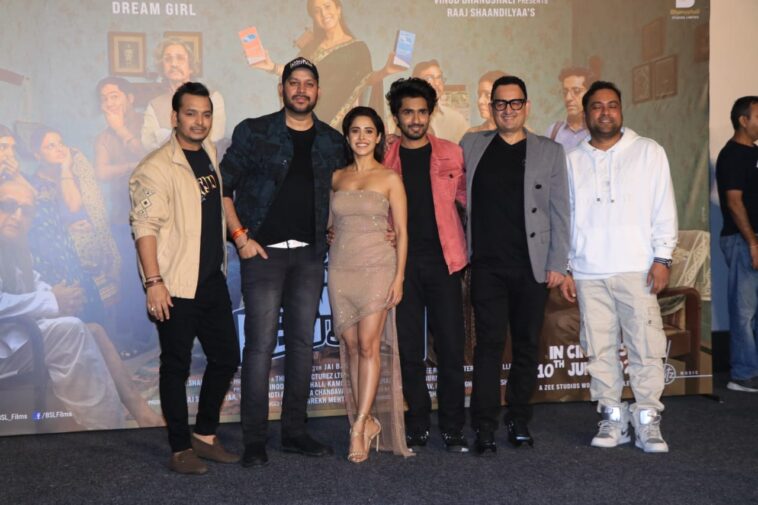 Narrated in Shaandilyaa’s trademark humour, ‘Janhit Mein Jaari’ encompasses the journey of a young girl who sells condoms for a living despite societal resistance. Its the story of a girl who juggles working towards the betterment of women, telling people the importance of using protection while handling the resistance of her family and in-laws towards her job.

Anud Singh who makes his Hindi film debut opposite Nushrratt portrays the character of her supportive husband to the T. The film is supported by a stellar cast like Vijay Raaz, Paritosh Tripathi, Tinnu Anand, Bijendra Kala, Neha Saraf, and many others.

Talking about leading this social comedy, Nushrratt Bharuccha says, “I was intrigued with the concept of ‘Janhit Mein Jaari’ right from the moment I first heard the one-liner. To be able to speak aloud about such a hush-hush yet crucial matter, and for it to be laced with humour that will appease the family audience and all of this narrated from a female’s perspective attracted me to the script. It’s an absolute delight to collaborate with Raaj again and I’m so excited to be part of India’s first female franchise backed by Vinod Bhaunshali.” 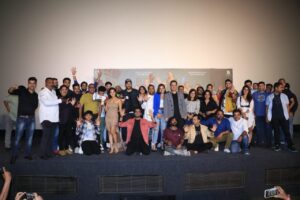 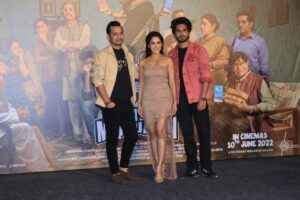 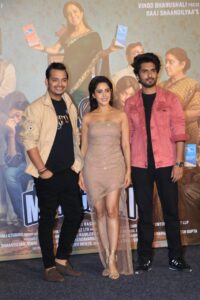 Says Raaj Shaandilyaa, “I have always loved bringing small-town narratives to the big screen but with ‘Janhit Mein Jaari’ we touch upon socially relevant subjects. I am glad Vinod was equally passionate to create something on this subject and Nushrratt has outdone herself in this film. Jai has fabulously brought to life the story that was on paper with the stellar cast to support Nushrratt.”

Adds producer Vinod Bhanushali, “Good storytelling that makes you think has always piqued my interest and that is exactly what you can expect from ‘Janhit Mein Jaari’. The film is entertaining, thought-provoking and sprinkled with Raaj’s signature brand of humour. My film’s hero Nushrratt with the entire cast will tickle your funny bones & open your mind to some realities of life.” 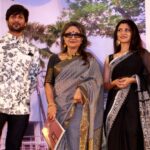 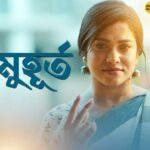