Recently, the trailer of Parambrata Chatterjee’s next directorial Sonar Pahar found its way to the internet. As soon as the trailer released, it earned great feedbacks from the audience. Featuring Tanuja, Jisshu Sengupta, Parambrata Chatterjee, and an adorable child actor, the trailer promises a humane story of bonding and friendship that evolves between an old woman and a little boy. It easily touched viewer’s hearts. As a result, the views kept on increasing. Now it has crossed 100K views on Youtube and still counting. 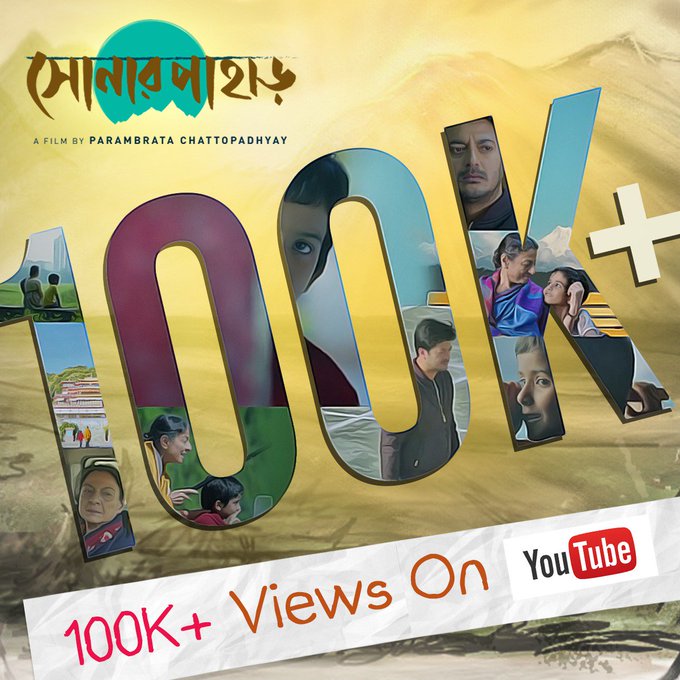 It is your overwhelming response that is making our journey to Shonar Pahar so memorable!
Official Trailer has crossed 1 Lakh views on @YouTube !
Watch it again at: http://bit.ly/ShonarPaharOfficialTrailer …#ShonarPahar #TrailerOutNow@paramspeak @Jisshusengupta @greentouchent @pssent